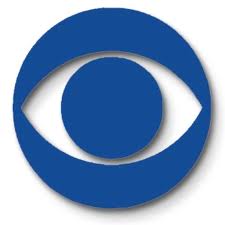 Finally, after months of silence, news organizations are "getting with the program" of informing the public of Andrea Rossi and his E-Cat.
Here are some of the most current and interesting news tidbits:

CBS News is getting the picture with this positive article in their SciTech section.

OilPrice.com claims to be the number 1 source of news and information in the petroleum industry. So anything that would impact their commerce is sure to make news.
I particularly liked the ending comment.
“Needless to say, major industries - coal, oil, nuclear, green, etc. - and economic relationships between nations would be upset by a rapid transition away from increasing costly fossil fuels. What happens to oil in all this is hard to say. Complete transition to nuclear fusion would likely take decades to accomplish. High costs for fossil fuels would be a major incentive, but simply re-provisioning 7 or 8 billion people would be a major job. This would suggest that higher oil prices will remain a factor in our lives no matter what happens with other sources of energy.”
MSNBC had a pretty good story.


They are linking to a story from Natalie Wolchover of Life’s Little Mysteries.
Wired UK.com had a somewhat upbeat piece.
Slashdot.com had a couple of stories on Rossi and the E-Cat.
This one is a little snide and laced with ridicule.
Then, this article appeared in Slashdot during last Friday's testing with many comments by the readers.

Surprisingly, many of the technically oriented readers are still skittish on the possibility of coldfusion/LENR.
I think they truly want to believe that it can work, but like so many others, have been burnt from before.
I think it's pretty much epidemic in today's world. We've lost confidence and hope in the possibility of tomorrow.

When I was a kid of the early sixty's there was lots of eagerness to explore the hope and dreams of tomorrow. Many young kids with a scientific bent were experimenting with amateur rocketry during our space race with the Russians. Kids were dreaming of the exciting times ahead.
Walt Disney once said that "if you can dream it you can do it" and that saying resounded in many of us during those times.
We've become so cynical and disbelieving.

What happened to that enthusiasm?

Blame our leaders for this turn of events.

Call me an idealist!
Nevertheless, Forbes.com had a couple of articles on the promise of the E-Cat. One article was written by Mark Gibbs who had also sent articles to Computerworld.
This had immediately followed a somewhat less enthusiastic article by Mark Mills
Looks like there has been a lot of trepidation on the part of the media on covering this.
Apparently its the lingering fear of ridicule that still remains after 20 years following the Ponds and Fleishman (academically induced) discreditation.
UK's DailyMail has one new article which has a negative slant towards Rossi and the possibility of unlimited energy. They cite previous attempts as hoaxes and reading their banner pretty much sums up their opinion:

"Italian scientist claims he has achieved 'cold fusion' - the only problem is that most physicists think it is impossible"
There's still nothing from science writer Peter Svensson of the Associated Press during his coverage of the October 28th customer testing.
There was rumor that it was purposely squelched from publication with a directive from A.P. chief of their national desk.
The American Reporter.com has more on this.


So, you still don’t believe that the ruling elite has an agenda to try to suppress, detract, subvert, discredit any mention of this revolutionary technology?
Posted by F. Guidi at 11:04 AM