Is NASA to do the testing of the E-Cat? 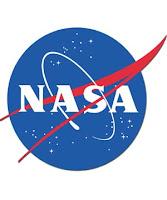 Reports and rumors of an agreement between Eng. Rossi and NASA are running rampant on the web lately.
There seems to be more substance in this then what first might be thought.
Postings from various bogs sets the tone for an impending and thorough testing of the E-cat to commence tomorrow, September 3rd.

According to the Italian blog Renewable Energy Sources EnergeticAmbiente.it Forum , “Rossi has agreed to carry out testing at NASA laboratories beginning tomorrow September 3rd.”
See the previous posting here on Coldfire from June 10th regarding the viewpoint of Dennis Bushnell of NASA and their analysis of LENR technology.

Could this alliance with NASA be what Rossi was alluding to in several of his previous blog postings.
August 30th: “The tests will last 2 months; the scientists will have full access to all but the reactors.”
August 29th: “You do not know the People I deal with, so you can’t understand. From my side, I am bound from confidentiality agreements, so I cannot disclose the names.”
August 26th : “The tests closed doors for the US Customer will start in september. As for the other issue, which I want not to deal publicly, the problem has been resolved.”
On August 7th, Rossi said the following: "But the tech must go on, we signed a tremendous contract in the USA. The Customer has already made plans for 1,000 plants in the USA, and has the financial dimension for this."
If this is truly going to happen then this will be a milestone in bringing this activity of revolutionary technology to the forefront of headline news. And in the process, making the earth’s general populace aware of what is a truly a momentous event in mankind’s history.
Posted by F. Guidi at 12:05 PM