Comparison of Hot and Cold Fusion 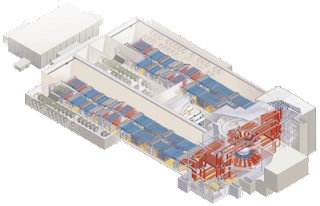 The premiere site of hot fusion research in America is the Lawrence Livermore National Laboratory – National Ignition Facility.
Focusing the energy of 192 giant laser beams with the energy of millions of Joules on a tiny pellet of deuterium-tritium (hydrogen) fuel with hopes to release many more times the energy than it takes to energize the lasers.
Cost: $5-6 Billion of U.S. taxpayer dollars - 400% over budget.
Results:
Even though successfully firing shots of the lasers equivalent to energies of 1.4 to 1.5 million Joules, the ability to successfully produce more fusion energy than the beams deposit on the target of fuel are still well into the future. 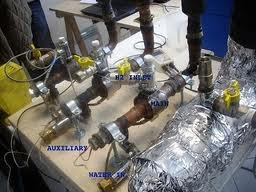 Rossi-Focardi Energy Catalizer – Bologna University, Italy.
Using small quantities of nickel metal (in a sub-microscopic particle size) and hydrogen gas plus, a yet unknown catalyst, it can produce abundant thermal energy of 8-15 KW operating at room temperature.
Can be used directly for building’s environmental heating or by means of steam production, to drive electrical turbine generators.
Costs:
Negligible in comparison to the above hot fusion method. Self funded, using private sources of capital.
Results:
Currently producing energy from several working devices in excess of 800% excess energy than input.
Building two 1 MW plants in Greece with more to follow. Devices to be produced for commercial and industrial use in short-term; residential use in mid-term.
Posted by F. Guidi at 2:51 PM